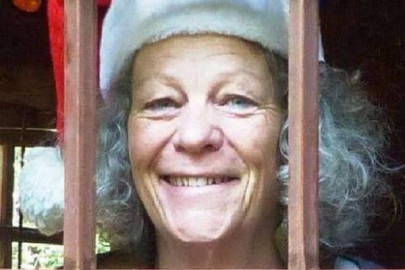 Details continue to emerge over an earlier confrontation between Bahati Member of Parliament Kimani Ngunjiri and Environmental Activist Joanna Stuchburry before her brutal murder in July.

Detectives who have been probing the death are treating the Bahati MP as a person of interest in the case.

Environment CS Keriako Tobiko on Wednesday told the Senate Security Committee, which is probing the matter, that Stuchburry was murdered over her unrelenting fight to conserve and save the forest.

Her consistent defence of the environment caused her to receive multiple death threats and she was in the long run shot dead near her home.

“That is an affidavit that was filed on behalf of Agropack.. I am not making any insinuations because it is not within my limits but I know its is relevant, that is an affidavit sworn by one Kimani Onesmus Ngunjiri,” submitted Tobiko.

In his submissions, CS Tobiko made a reference to a case before the Kiambu law courts in February 2018 where Agropack Limited -- a company in which Bahati MP Kimani Ngunjiri is the director --  had a case against Kenya Forest Service as the 1st defendant and Joan Stuchburry as the second defendant.

“This is where the late Joanne resisted, they bulldozed the way in creating an easement road,” added Tobiko.

Tobiko revealed that Stuchburry managed to scuttle the plans of Agropack limited which Kimani Ngunjiri is the director to create a road that connects to the MP’s parcel of land namely LR no. 25009.

The affidavit reads in part: "The 2nd respondent (Joannah Stuchburry) using the 1st respondent (Kenya Forest Service) as her agents inhibited, stopped and/or frustrated the applicant's efforts of clearing and upgrading the public access road.

“We share in the pain in the brutal murder because she was doing her civic duty of protecting our forests,” noted Tobiko.

Stuchburry's unrelenting fight to fend private developers off the Karura forest land, from preliminary findings, led to her murder.

Detectives are still treating Kimani Ngunjiri as a person of interest over the well documented confrontation between him and Stuchburry.