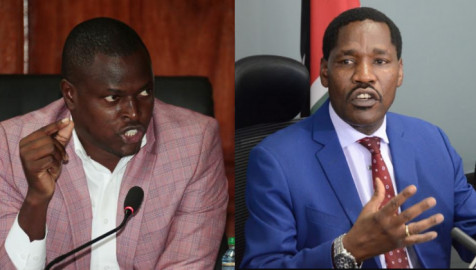 Kiharu Member of Parliament Ndindi Nyoro is now calling on President Uhuru Kenyatta to punish his Agriculture Cabinet Secretary Peter Munya over what he terms as misinformation.

Nyoro, speaking on the campaign trail in Nyeri County on Saturday, faulted President Kenyatta’s speech during the State of Nation address on Tuesday saying that he misrepresented facts.

The MP, who is a strong Deputy President William Ruto ally, accused CS Munya of relaying false information to the Head of State in matters of agriculture.

The outspoken legislator contradicted the president's figures pointing out that fertilizer prices have gone up and bonuses awarded to tea farmers have gone down.

At the same time, the lawmaker lauded the leadership of DP Ruto when he held the agriculture docket saying fertilizer prices were low at the time.