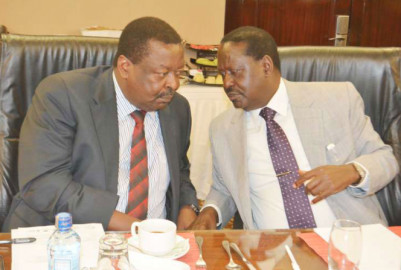 Mudavadi, in a public statement released on Thursday, said he will be tied down with personal engagements on the said day.

While referring to the former Prime Minister as a noteworthy competitor, the ANC party boss wished him success on his day.

"I have just received an official invitation to Azimio la Umoja Convention. As noted herein, the invitation was addressed in my personal capacity as ANC Party Leader and not OKA Principal,” he said.

“Regrettably, I will not be able to attend because of personal engagements. Raila Odinga is a worthy competitor, I wish him well because tomorrow will clearly be his day in the sun.”

Raila Odinga is expected to declare whether or not he will be making a fifth stab at the country’s presidency in the 2022 General Elections.