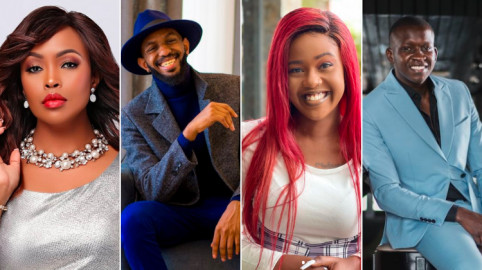 Last year, there was a lot of hue and cry when A-list social media influencer Azziad Nasenya released her rate card.

Many said she was being too ambitious with the amount of money she was asking to help companies push their brands to her audience of millions.

If you wanted Azziad to even smile your way business wise, this is what her rate card was reading;

On Instagram, to have your brand or campaign on her Feed, you would fork out Ksh.100,000 but if you wanted to be on her InstaStory, you needed to give her Ksh.50,000 and a similar amount if you wanted her to push anything Instagram Live.

Ever the businesswoman, Azziad also had a package for anybody with money.

She also had a “Monthly brand engagement package” that went for Ksh.500,000 and it provided - 2 TikTok videos, 2 tweets, 3 IG posts, 4 Instastories and 2 facebook posts.

Looking back at the hullabaloo her rate card elicited, it looks like silly because she probably has since doubled her rates since then and there are enough corporates willing to throw money her way.

With the rise of digital media, new careers have spawned and none bigger than that of content creators becoming influencers.

As they attract audiences with their antics online, so does the need to put a brand infront of their audiences and make money while at it.

A few years ago, majority of these top influencers were just “weird” kids doing funny things online but are now demanding millions to push brands and giving media houses a run of their money.

Citizen Digital has laid its hands and eyes on a list of some of the highest paid Kenyan influencers. We will not publish the amount they take home because it varies from one client to another but we do know they can charge up to several millions for one campaign.

Our sources tell us corporate Kenya is no longer afraid to splash money on influencers as they have seen impressive Return on Investment.

The monies being dished out is projected to double and even triple within the next few years so these content creators will be “eating good.”

Our sources inform us that the most preferred social media platforms are Instagram, YouTube and TikTok because of their video content which does better than text.

In no particular order, here is our list of the highest paid Kenyan influencers starting with Tier 1.

These are the creme de la creme of influencers. They have the number, engagement and analytics to show just good they are at their work.

These people can be paid millions for a campaign.

Majority on this list are either entertainers or media personalities who have managed to create a larger-than-life online brand.

The next tier is that of content creators who are proving to be masters at their craft.

Their strength is in their style, how they create content and engage with the brand(s).

They have managed to curve a niche for themselves online without having spent years as radio or TV hosts.

They may not have millions of followers but their work gets noticed and shared across the interwebs regularly and gets the kind of traction that corporates are yearning for.

These creators mostly have a niche audience that, while it may not rival that of Carol Mutoko, it will get good engagement.