November inflation falls to a 7-month low 5.8 per cent 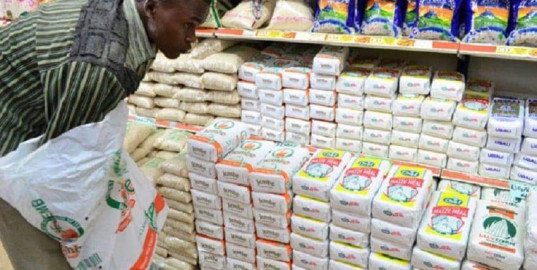 The cost of living has continued to ease, with the rate of inflation falling to 5.8 per cent in November from 6.4 per cent in October according to new data from the Kenya National Bureau of Statistics (KNBS).

The cooldown in inflation across the last two months from October when inflation fell from a high 6.9 per cent points to easing consumer spending pressures.

Month over month, the contraction in the rate of inflation has been anchored on falling transport costs which were down by 0.16 per cent with average bus fares between Nairobi and Malaba for instance falling to Ksh.1,200 from Ksh.1,500 previously.

The cooldown in inflation has found further anchoring in the non-movement of fuel prices during the month curtailing one of the key drivers for inflation in recent months.

Even so, food prices, the other primary driver to rising living costs, have extended their rise by 0.9 per cent across November with the price of 500 grams of standard cooking oil for instance rising to Ksh.136.16 from Ksh.130.60 in October.

Other food items to soar in prices include sugar with a kilogram now averaging Ksh.127.27 from Ksh.113.70, potatoes, bread and beef.

At the same time, energy costs have risen by 0.49 per cent largely as a factor of higher costs for rent and LPG gas.

Both the jumps in food and energy prices have been mitigated by a fall in the cost of electricity and food items including tomatoes, sukuma wiki and carrots.

This is the lowest rate of inflation/cost of living in the country inside seven months since April this year when inflation stood at 5.76 per cent.