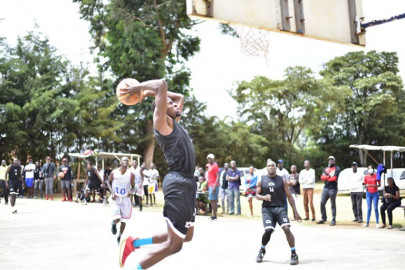 Equity Bank in action against Eldonets

After the break Equity accelerated their transitions and attacks to win win 17-16 before claiming a 16-10 win in the last quarter.

"The game was tough. Getting a win here in Eldoret is not that easy. We look forward to continuing with the same energy as we prepare for playoffs," Equity coach Carrey Odhiambo said after the game.

His sentiments were echoed by team captain Brian Obimbo. He said: "Our opponents gave us hard time, it wasn't that easy. We are going to put in more energy in the playoffs as we target the trophy," Obimbo said.

On his part Eldonets head coach Maurice Ouma said simple mistakes in the last minute and inexperience cost them noting that the focus shifts to the remaining three games.

They'll face EMYBA, home and away before wrapping it up against KPA.