'They could have been avoided': Indimuli Kahi blames Education ministry for school strikes, unrest 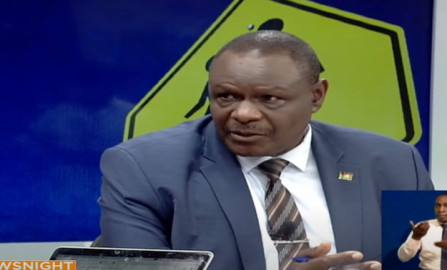 KESSHA Chairperson Indimuli Kahi during an interview on Citizen TV on November 2, 2021.

Kenya Secondary Schools Heads Association (KESSHA) Chairperson Indimuli Kahi has insisted that the rising cases of school unrest and strikes being recorded across secondary schools in the country is an oversight on the Ministry of Education's part that could have been avoided.

According to Kahi, the ministry should have taken notice of the current fast-paced and tight curriculum when it was drafting this year's academic calendar and include half-term breaks to allow time for the students to rest.

"This was an oversight from the very beginning. When we had the COVID-19 response committee to look at the opening of schools, that is when the calendar was drawn. At that point we did not notice we missed out half-term break," Kahi said on Citizen TV's News Night show.

“I said it was oversight and immediately we notice this term when we opened we did share with the Ministry of Education. It is not because the schools were burning that is when we decided to let the Ministry of Education look at it. We had noticed it earlier and I am happy that the ministry did note that and has given half term so the fires may have come.”

Kahi similarly insisted that second term's busy curriculum could have also been a reason behind the unrest and rising cases of dormitories being torched in different secondary schools.

"Second term basically even in the old calendar was a term that has been very tricky. This is the term when all schools are trying to ensure the syllabus is covered on time that they leave third term for the revision and examination period. It is only that this term is ongoing on months like September and October which could have basically been third term so that could also have led to that omission," Kahi explained.

"Reasons for burning schools vary ranging from incitement, some will blame the administration, the amount of work they are given. Given that holidays are also shorter some students may have been fatigued and then decide for us to go home we must do something.”