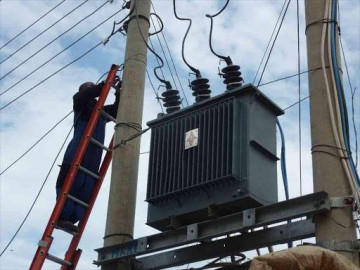 Negotiations between government, Kenya Power and independent power producers have begun this week according to Energy Cabinet Secretary Monica Juma.

The voluntary process is expected to onboard independent power producers (IPP) willing to join the negotiation table as the government opts out of invoking summons and orders to the private sector players.

“Any IPP keen to commence this process should write to the Ministry of Energy through the Principal Secretary expressing this interest formally by November 19 (this Friday),” said CS Juma.

“I formally invite all IPPs to come to the negotiation table so we can engage towards a win-win solution that secures a sustainable energy sector in the Republic of Kenya.”

The applications by IPPs are expected to be followed by a notification of scheduled sessions with the initial engagement consisting of a select team of the energy sector led by the Ministry’s Chief Administrative Secretary Zachariah Ayieko.

The select team is later expected to give guidance on the way forward.

CS Juma says the announcement serves to ensure transparency in the process which she says will be devoid of confusion, intermediaries, brokerage and forum shopping from stakeholders.

The review of Kenya Power’s power purchase deals with independent producers has been deemed the cornerstone in bringing cheaper electricity to Kenyans and lowering the utility companies cost base.

Kenya Power power purchase costs borne to the IPPs has been heavily skewed with the firm paying billions to the dealers for less power with cost per unit being above board.

According to an audit report of Kenya Power’s books by Auditor General Nancy Gathungu, the company spent Ksh.49.2 billion to pay the independent dealers in the year ended June 2021 which represented about 52 per cent of its entire power purchase costs.

The review of the power deals has been fronted by a Presidential Appointed Taskforce whose recommendations, if fully implemented, are tipped to bring down the cost of power by 33 per cent at the end of December.

To deliver the ambitious target, the Ministry of Energy and Kenya Power is tasked with closing out new terms with at least some of the IPPs in just a matter of weeks.

CS Monica Juma insists the review is doable in spite of stringent terms to the review of the agreements.

“The renegotiations of PPAs is like any other form of agreement and is not unique to Kenya or anything out of the ordinary,” added the CS.

According to the Taskforce report, Kenya Power annual IPP costs have the potential of declining by between Ksh.12.8 billion and Ksh.13.7 billion in the near term.

Among actions proposed include the switching of heavy diesel thermal stations to natural gas.