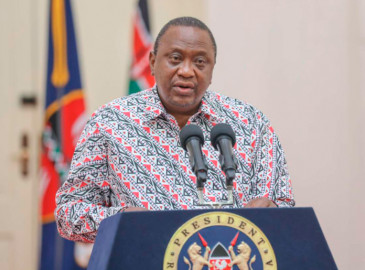 President Uhuru Kenyatta during a past address. PHOTO | COURTESY

This comes after the latest attack where two Kenya Defence Forces (KDF) soldiers and two GSU officers were on Thursday killed by bandits in Laikipia Nature Conservancy.

The soldiers are said to have been digging a trench meant to prevent stolen livestock from being driven to the troubled conservancy when they were attacked.

Sources said the bandits had only a short while earlier attempted to attack the GSU base and engaged the officers in a fierce gun battle.