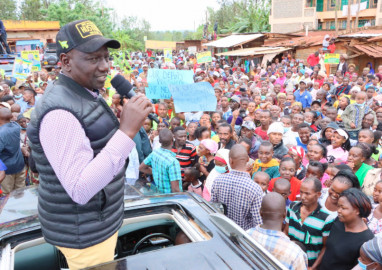 Deputy President William Ruto has for the first time spoken about the eviction of illegal settlers in Maasai Mau forest in Narok County since the government carried out the evictions in 2019.

He stated that he has no plans of taking back those who were evicted to the forest should he get elected president as is allegedly being propagated by his opponents.

The DP reiterated that he supports the conservation of forests and that's why he never meddled with the issue during the eviction period.

"I was in power when the evictions were being done, and I had power to influence otherwise but I did not," he said.

He also stated that he supports the fencing of Maasai Mau forest, which is presently ongoing, and any other forests to avoid invasion.