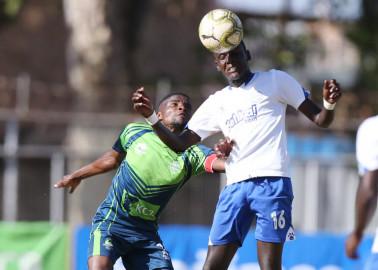 Bandari FC held off a late surge from AFC Leopards to win 2-1 on Sunday as they climbed into third on the FKF Premier League standings.

First half goals from the Ugandan pair Umaru Kasumba and William Wadri were enough for the hosts who had to play the closing 22 minutes with a man down after Michael Wanyika was red carded.

Leopards captain Isaac Kipyegon scored from the penalty spot with that strike also coming in the opening half and the visitors’ late push for an equalizer was thwarted by coach Casa Mbungo’s men.

In Thika, KCB FC edged a late show against Sofapaka FC 2-1 with all three goals coming in frenetic closing 15 minutes.

New signings Robinson Kamura and James Mazembe scored for the visitors and Stephen Okola struck in stoppage time for Sofapaka.

In Bukhungu, Kakamega Homeboyz edged Posta Rangers 2-0 thanks to goals either half from Francis Omondi and David Okoth while Kariobangi Sharks and Wazito FC drew 1-1 with Ellie Asieche and Fortune Omoto’s goals cancelling out.

At Mbaraki, Wadri got an early opportunity after he was picked out by Abdallah Hassan but the former could only steer his effort inches wide of goalkeeper Maxwell Mulili’s post.

The hosts had to wait until the 21st minute to break Leopards’ resistance as Kasumba scored his second league goal from Keagan Ndemi's pass.

Ingwe drew level through Kipyegon who sent Michael Wanyika the wrong way after Brian Otieno was fouled by the Bandari goalkeeper.

Bandari responded in the dying minutes of the half also through Wadri's penalty after Washington Munene handled the ball inside the box.

The Dockers were reduced to 10 men after Wanyika was shown the marching orders in the 67th minute for a second bookable offence of time wasting.