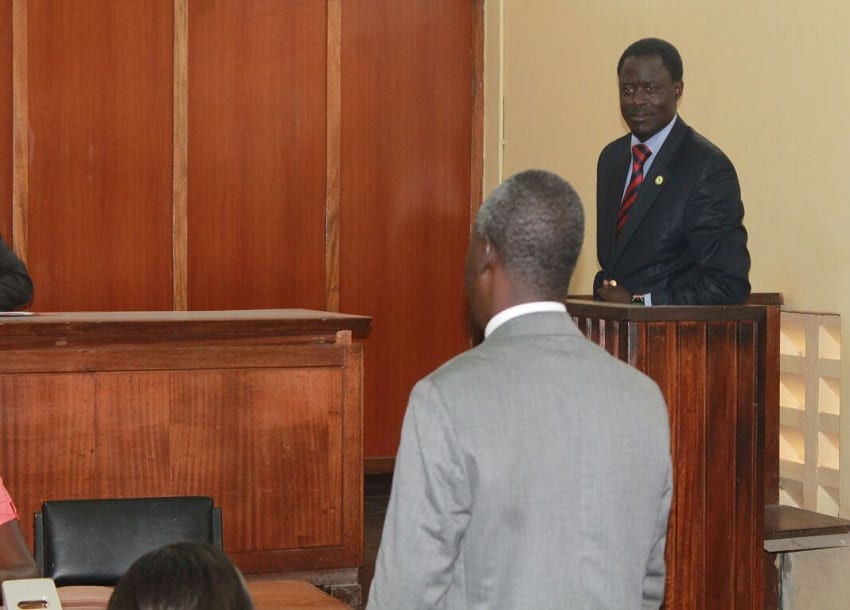 The MP appeared before Senior Resident Magistrate Paul Mayoya Kaluma at the Homa Bay Law Courts where he denied the charge and was released on a Sh20,000 cash bail or Sh60,000 bond.

His case is set to be heard on November 23rd and 24th.

On Wednesday, the police summoned the two antagonists to record statements over their public fight on Sunday at the Homa Bay Stadium.

The two politicians accused each other of provocation when they recorded statements with the police on Thursday morning with Kaluma claiming that he was the one who was beaten up.
On the other hand, Ogaga, a businessman who is seeking to unseat Kaluma for the Homa Bay Town seat, said his rival started kicking and slapping him when his supporters refused to put down a banner they were holding.

“He ordered my supporters to put down banners when I was dancing on the dais, but when they refused Kaluma kicked and tried to slap me on my left cheek,” Ogaga claimed in his police statement.