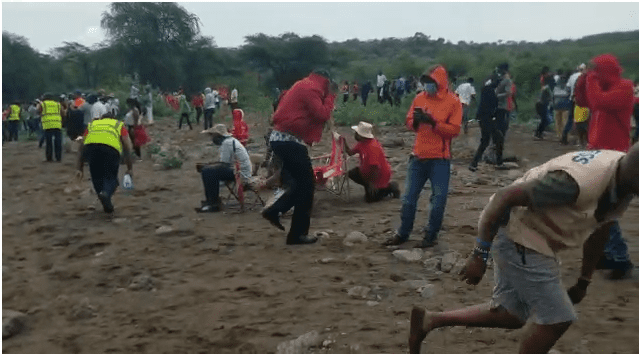 However, as the day wore on, one of the speeding cars veered off the road and crashed into a tree that was hoisting a beehive unleashing swarms of angry bees at spectators.

The unexpected turn of events caused spectators to leap to their feet, fleeing the bees’ wrath.

Baringo Governor Stanley Kiptis, who was giving a live interview, had to pause in the middle of his message as he scampered for safety.

Baringo Governor Kiptis forced to flee after a swarm of bees attacked spectators during the Rhino Charge event at Sabor area in Marigat. pic.twitter.com/1bfDDc1lb4

Later, the bees flew away, and the even went on.