Nairobi: NMS set to despose 164 unclaimed bodies in within 7 days 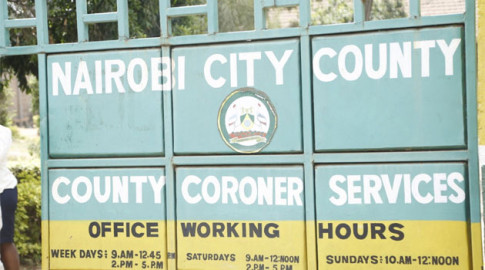 According to a statement by Deputy Director-General Fredrick Oluga, the bodies which will not have been claimed within the stipulated timeline will be discarded.

“Pursuant to Public Health Act Cap 242, interested members of the public are asked to identify and collect the named bodies within seven days, failure to which the Nairobi Metropolitan Services will seek authority for disposal,” read the notice.

The notice further indicated that 115 of the bodies are from March to May 2021, while 49 were from November and December of 2020.

Earlier this year in March, NMS disposed of 119 unclaimed bodies with the purpose of easing the strain on city mortuaries.

"The bodies, which were predominantly male, were disposed off between March 17 and March 24 with 105 of the bodies lying at the City Mortuary, 11 at Mama Lucy Hospital and three at Mbagathi Hospital," reads the notice.

Over the past years during such disposals, the public complained that the government did not provide adequate assistance with the identification.

“There was a public outcry following the publication of the notice, with most people calling on the authorities to make use of fingerprint and personal data in identifying bodies,” the statement stated.