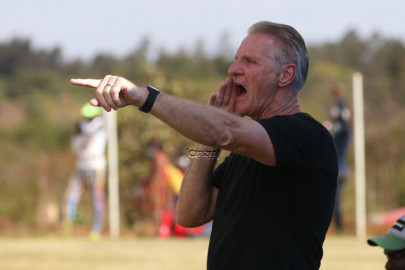 Gor Mahia FC will write the Confederation of African Football (CAF) to have goalkeeper Adama Keita in their squad for this season’s continental assignments, the club sporting director Lordvic Aduda has said.

Gor signed Keita after they had already submitted their list of payers for the Confederation Cup, and the club is pushing to have him added with coach Mark Harrison impressed by the Malian.

Whether or not that request will be granted by CAF could also depend on Gor qualifying to the group stages of the Confederation Cup.

‘’If we manage to get to the group stage, then maybe some more names could be added,” Aduda said.

A transfer ban imposed on Gor by FIFA meant the club was unable to sign new players and only did so late in the transfer window when it was lifted.

Keita was part of those late arrivals and while he is unavailable for selection, his absence is not exactly a crisis for Gor as he remains a place below first choice shot-stopper Gad Mathews in goalkeeping the pecking order.

He was between the sticks in the Mashemeji derby on Wednesday and kept a clean sheet as Gor defeated AFC Leopards 1-0.

Gor Mahia has two other goalkeepers including long serving Boniface Oluoch and Caleb Omondi who was promoted from the youth side.

“As of now, Adama Keita and Mathew Gad are my number one and two goalkeepers. Boniface Oluoch and Caleb Omondi are also part of my goalkeeping squad,’’ said Harrison.

“He is an experienced goalkeeper, he has played a lot at the continental level and I have faith in him,” Harrison said.