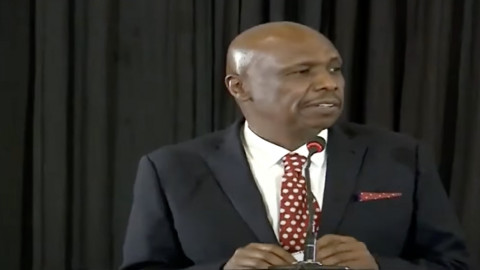 KANU Chairman and OKA alliance principal Gideon Moi continued to rally support for the  alliance as the best choice for Kenya as President Uhuru Kenyatta succession hots up.

While talking about Kenya ’s top job which falls vacant in August 2022, Gideon Moi claimed that he is the best suited among the OKA quartet who include: Kalonzo Musyoka, Musalia Mudavadi and Moses Wetangula.

At the same time, he claimed to know the Central Region's main adversary—though without naming names—and promised to restrain the enemy by holding 'its head.'

The Baringo senator stated that the primary goal of OKA is to foster national unity before anything else because they cannot speak about the economy unless they are in government.

“Without peace, cohesion, and stability, our economic progress is at crossroads," Moi added.

“Our ideology is simple. You should've control over your life and your livelihood, with minimal interference from Govt. Our obligation is to look after the poor and marginalized & remove the burdens that prevent majority from prospering. Period."

Moi declared his presidential bid on September 27, expressing optimism that he would trounce his opponents and called on his Kalenjin community to give him their blessings.

The Baringo Senator promised that if given a chance, he would transform the country, especially areas that are still lagging behind in development.

“I have already made an ultimate decision and I am not backing down, however tough the duel is. I am only asking my community to support me in this  journey and not backstab me. If I lose, I will have lost humbly than being despised and if I win, it will play to our advantage as well and I am very optimistic that we will trounce our opponents to clinch the presidency,” he said.