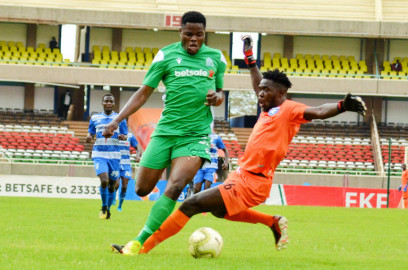 The FKF Premier League will return this weekend after a three-week stoppage that followed the dissolution of Football Kenya Federation by the Government.

Fixtures released yesterday by the FKF Caretaker Committee show six matches are on the cards on Saturday and indicate the top-flight season will conclude in March next year.

The publication of the new fixtures followed a meeting between club representatives and the committee in Nairobi that sought to re-align league operations post-FKF.

FKF, whose president Nick Mwendwa has been charged with four counts of fraud, has insisted it is the only body mandated to run football in the country and has rejected its disbandment.

Last Thursday the FKF announced the case against Mwendwa was over and signaled they were starting to plan to restart the league before he was rearrested the day later.

Mwendwa, who has headed the FKF since 2016, stepped down from his role as the federation boss on Tuesday night after he was formally charged with corruption.

He handed over the reins to his deputy, Doris Petra.

Mwendwa is out on a cash bail of Sh10m. Among the terms of his bail, Mwendwa has been instructed to deposit his passport with the court and is forbidden from accessing FKF offices.

Petra and her team are also barred from accessing those offices.