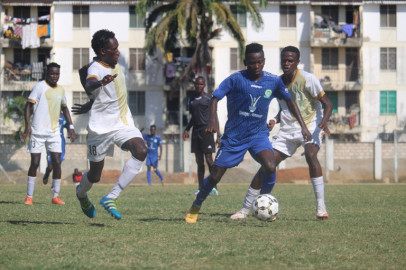 Despite winning the Mombasa National Super League derby over the weekend, Mombasa Elite FC coach Mohamed Ahmed Mchule said that his boys lacked match fitness due to the prolonged break.

At the same time the former Wazito FC coach added that they will rectify some 'minor mistakes' as they target maximum points away to Dandora Love in their next fixture having won all their two matches.

"We won yes but that was not our game plan because the boys, despite training missed match fitness," lamented Mchule.

He went on: "We hope to build from this win ahead of our next fixture in Nairobi to collect all three points."

"We were not training until Wednesday (ahead of the Saturday match) which cost us the win," said soft-spoken Madaga.

According to the earlier released fixtures, Coastal Heroes will be away to Shabana in their next assignment.

The National Super League together with the Premier League resumed over the weekend after a compulsory break imposed by the Aaron Ringera led committee which was appointed by Sports Cabinet Secretary Amina Mohamed to run soccer as search for new office continue.