'I have some unfinished business in Kiambu,' Kabogo hints at running for Governor seat 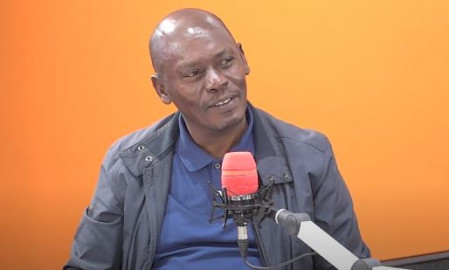 Former Kiambu Governor William Kabogo has hinted that he will be eyeing the Kiambu gubernatorial seat in the upcoming August 2022 General Election.

Kabogo says he is still attached to the Kiambu Governor's office where he claims he left some unfinished business after he lost his seat in the last elections.

"I want to keep that card close to my heart, I am a servant, I can serve anywhere. But at the back of my mind I got some work that needs to be completed in Kiambu. I must find some synergy on how to deal with those things," he said in a Tuesday interview with Spice FM.

Kabogo similarly boasted about his track record while in office, saying his scorecard was "great" adding that he had to "slow down"  to match up with the national government.

"When I was in Kiambu my card was great, best healthcare scheme and program in the republic. Some of these things even Uhuru himself stopped me from doing because I was moving faster than they were moving," he noted.

"We wanted to do link roads to link all our sub-counties and this I negotiated with a Japanes company and it was approved but they told us that if we do this and the Thika road has not been started you will be messing," claimed Kabogo.

Kabogo, who is also the Tujibebe Wakenya Party (TWP) leader, further singled out ANC leader Musalia Mudavadi from the One Kenya Alliance (OKA) principles claiming his presidential bid will be a lost cause if he will be approaching the ballot alone.

He said Mudavadi lacks a 'base' adding that the ANC leader's plans to clinch the top seat will be futile if he runs independently.

"Being on the ballot and moving together to the ballot are two different things. If Mudavadi would want to go to the ballot on his own he would be wasting time. But like we always say you must have a base. Wanting to be president without a base is a tall order," said Kabogo.