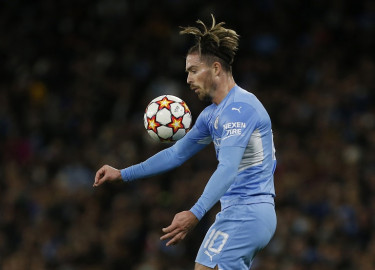 Jack Grealish said he has found it a lot more difficult to adapt to life at Manchester City than he thought it would be, as England's most expensive player prepares to face former club Aston Villa.

Grealish joined City from Villa in August for a league-record Sh15 billion but has made a relatively slow start at his new club with two goals and three assists in 15 appearances.

"I've found it a lot more difficult than I thought I would, adapting to a different manager and teammates," Grealish told the Daily Telegraph ahead of City's Premier League trip to Villa.

"I wouldn't say I've struggled, but I found it hard to get used to at the start. I've not had the assists and goals I got last season, but I'm never one to doubt myself."

The England international also dismissed concerns about the pressure of living up to his price tag, saying he "couldn't care less about it".

Manager Pep Guardiola backed Grealish to improve, saying the midfielder had the technical skills to thrive at City.

"All the new players always struggle, but what he sees or what he has to do, it's so easy for him with the quality he has," Guardiola said.

"Maybe (his slow start is) because he respects his mates, because it's a new environment. That's normal, it's a process. He needs time."

Manchester City are second in the league, trailing leaders Chelsea by one point. Villa are up to 13th place after winning their last two matches under new manager Steven Gerrard.