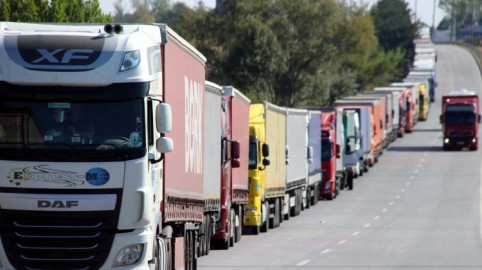 Female traders in Uganda’s Lira city have been barred from occupying the cabins of transit trucks over claims that they 'distract' drivers leading to road accidents.

The decision, the country’s media reports, comes after a recent road accident in the Lira area that left nine people dead.

"The accident occurred after a Fuso truck transporting traders and their merchandise got involved in an accident at Pii-awac swamp, seven kilometres east of Lira City,” the Monitor reported.

Despite ceding that reckless driving was probably to blame for the accident, Ugandan authorities faulted the businesswomen for allegedly wearing provocative and revealing clothing which ‘distracts’ drivers.

The announcement elicited mixed feelings on Uganda’s social media platforms with some wondering how the women’s dress code could be labeled a major road hazard.

Others however supported the decision claiming that there was an alarming new trend of women in the Yoweri Museveni-led nation dressing provocatively that needed to be addressed.