Coburn dominates steeplechase, Felix advances in 200m at US trials 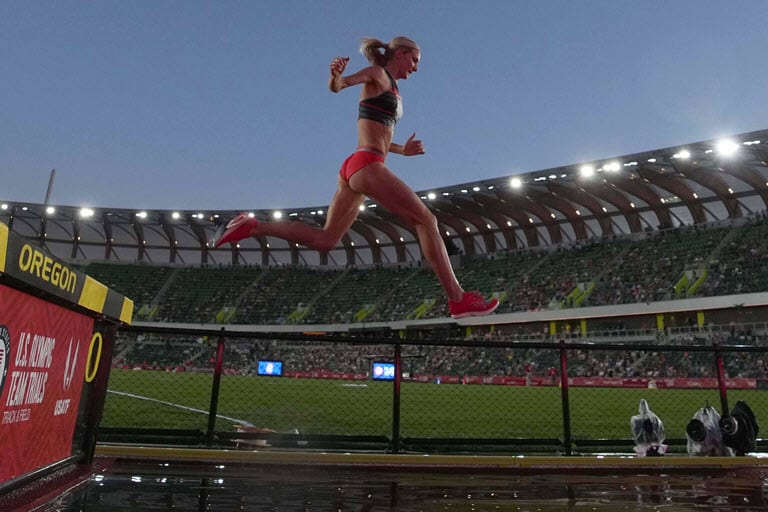 Emma Coburn cruised to victory in the women’s 3,000 metres steeplechase at the U.S. Olympic trials in Eugene, Oregon on Thursday to book her spot at the Tokyo Games, while six-times Olympic champion Allyson Felix advanced to the 200m semi-finals.

Rio Games bronze medallist Coburn clocked 9:09.41 to win her seventh straight U.S. title, finishing more than two seconds ahead of Courtney Frerichs, and dedicated her win to her mother, who has stage 4 cancer.

“To share this with her and have her be well, it’s more special than winning today and going to Tokyo. Sharing this with my mom is everything,” said Coburn.

Felix said in a televised interview that her legs were feeling “a little rusty” since claiming her spot on the plane to Tokyo, for a fifth Olympics, in the 400m.

“Trying to getting them turning over and thankfully I’m coming back,” she said.

“It is my fourth trials and I have never advanced out of the first round. I just want to keep it honest,” said Price, 30. “I do not go in with a big head. I know they are coming for me.”

In the shot put final, Jessica Ramsey, 29, clinched the competition with a 20.12m effort, a personal best, while 2016 Olympian Raven Saunders followed with 19.96m and Adelaide Aquilla claimed third with 18.95m.

Reigning Olympic champion Michelle Carter is unable to compete at the trials due to the removal of a benign tumour.

In the men’s 400m hurdles, Rai Benjamin — son of famed cricketer Winston Benjamin — advanced out of the first round in 49.12, nearly two years after he picked up silver at the World Championships.

In the opening round of the women’s pole vault, two-time Olympic medallist Jenn Suhr, 2018 U.S. indoor champion Katie Nageotte and Rio silver medallist Sandi Morris were among those advancing to Saturday’s final.