'Chin up and expect fire while in the political arena,' Senator Wamatangi tells Wanjigi 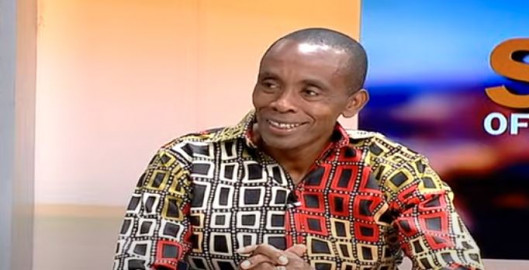 Senator Wamatangi has now stated that Wanjigi will need to toughen up as a result of his decision to enter the political arena.

On Citizen TV's Daybreak Show on Thursday, he argued that in the political arena, one should expect a tussle, stating that it will always have a taste of both challenging and friendly encounters.

"Let him not be worried in my view because this arena is a testing arena," he stated.

"In politics you have to be ready to face quite some few tough times and issues, there will be times to cry and times to laugh but you must expect that there will be fire when you are in politics."

The lawmaker was responding to comments made by his counterpart Nandi senator Samson Cherargei, also appearing in morning show, who blamed the ODM camp for betraying Wanjigi and allowing him to be arrested.

Wanjigi, according to Cheragrgei, has always been loyal to ODM, but its members have not reciprocated the comradeship. He singled out Raila Odinga for failing to defend him, calling it a political act of persecution.

"Jimi wanjigi has been a member of ODM and also been one of the donors, but the last time police went to Jimi Wanjigi's house, it is the same Raila Odinga who sat throughout the night and the legal elite of ODM were trying to protect Wanjigi," he posed.

"What has changed over the two years, when Jimi Wanjigi comes out and says he has been betrayed, some of us tend to believe him because these are his friends. Odinga is his friend, he is saying Uhuru is his friend. From where I sit this is pure political persecution," he added.

The court released businessman Wanjigi on Wednesday, citing conservatory orders issued by the High Court on Tuesday prohibiting police from apprehending him.

A Nairobi court had issued an arrest warrant for Wanjigi on Tuesday afternoon, accusing him of conspiracy to commit a felony and forgery of a title deed.