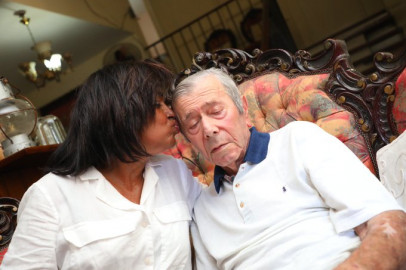 Nairobi Woman Representative Esther Passaris is mourning her father who died at the age of 79.

Passaris, taking to social media on Friday, said: “A part of me has died today. The heavens opened and ended my father's suffering.”

The lawmaker recounted her father’s life achievements, mourning him as an industrious man who pioneered nation-building projects and impacted people’s lives.

“A naval architect by profession, my dad achieved a lot in his 79 years. From building the first ship in Kenya, the MV Mwewe, to coaching and mentoring the young men of Ngome Football Club in Mombasa,” she wrote.

“Dad worked for Southern Engineering Company Limited, COMARCO, before incorporating HELMACO, which he led until retirement.”

The legislator conveyed her heartfelt gratitude to her late father for having led a fulfilling life and taken care of his family, noting that that it is what she eulogizes him most for.

“But looking back, none of his achievements compare to the family man that he was; a loving husband, an incredible dad and a doting Papou (grandfather),” she added.

“God was his anchor; gratitude his motto, protection over his family and country his prayer. Though I'm heartbroken, it is well with my soul.”