'I want to know how much artists are paid', Eric Omondi now turns the heat on event organisers 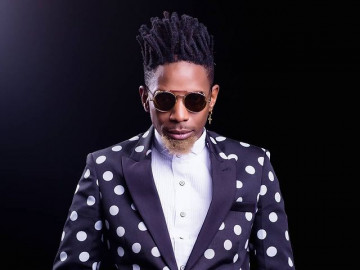 Controversial comedian Eric Omondi is on a New Year, new roller coaster and this time, he is turning the heat up on Kenyan event organisers whom he has chastised for underpaying Kenyan artists .

The self-styled President of Comedy in Africa says he will now focus his attention on events and promoters, to ensure that Caesar gets what Caesar is owed.

“Please be notified that this year I will personally scrutinize every detail of every event!!! I want to know how much artists are paid.” Omondi wrote on Instagram.

Other than pushing for a 70 percent down payment before the events, Omondi is also seeking to have the artists get the remaining 30 percent on the day of the event.

“I want to ensure that every artist is paid 70 percent of their money prior and 30 percent on the day of the event before the event.” he added.

The tickler also went on to classify Kenyan artists into two broad categories: the  A-listers and B-listers.

According to him, the A-list artists should get a minimum of Ksh.600,000 for performing at events while the B-listers should not get anything below Ksh.450,000.

Among those who made it to his list of A-listers are Nadia Mukami who Omondi says should not get below Ksh. 600,000 as well as Khalighraph Jones, Otile Brown and Nyashinski for whom he reccommends a payment Ksh.1.5M per event.

At the top of his list sits Sauti Sol, whom he says should not  get below Ksh. 2.8m.

The B-listers who include, according to the comedian, Ethic and Trio Mio should bag a minimum of  Ksh.450,000 per show.

In addition, he promises to ensure that Kenyan acts perform last at all events being headlined by international artistes.

“All events must be headlined by a Kenyan artist whether Beyonce is performing or not!!! Security must be provided and a world class backstage for all artist is non negotiable,” he wrote on his Instagram.

In the recent past, Omondi has taken the role of ‘saviour’ of the Kenyan music industry, advocating for 75% playtime of local music in all Kenyan media stations and events.

Eric Omondi has however lived up to his words, as seen at the NRG Wave concert where Kenyan artists were curtain raised  for by International artists Konshens and Charly Black.