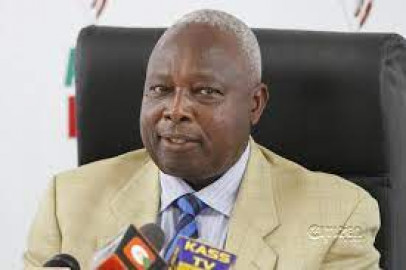 Tuwei said the federation in conjunction with the government has implemented credible systems to root out drug cheats even as he warned that culprits will be 'fearlessly weeded out'.

The AK boss was speaking during an Athletics Kenya anti-doping seminar held Friday in Eldoret ahead of Saturday’s National Cross Country Championships to be held at Lobo Village.

“We need to eradicate this issue once and for all because it has taken us too long to put it off. We’ve many talented athletes and it’s shame again to see people who want to destroy our pride, we should come together to fight this menace off.

“Kenya was put on Category A by AIU in 2015 and seven years later, we’re still on that group where many athletes are supposedly being involved in that vice. So it means we are not yet out of the woods although I can confidently say that we have steadily reduced the cases due to the efforts we have put with the government.”

In recent years, Kenya has been hit hard with cases involving high profile athletes who have either been suspended or banned by World Athletics over doping allegations.

Kenya, together with Ethiopia, Ukraine, Belarus, Nigeria and Bahrain have been placed in category A by World Athletics with their athletes likely to cheat.

Tuwei added that clean sport education programmes on anti-doping should be incorporated into the school curriculum as is the best step in ridding the sport of the menace.

“I was also impressed by the willingness from the youthful athletes who have undergone the clinic today on the matter. This shows that they are ready to understand more about this vice and how to avoid it completely, and that they have accepted it’s not right.

“We need more young athletes to learn more about this problem both in school and in athletics career wise. We will eradicate this thing completely if we’re all moving to one direction with one goal, “he added.

The Saturday event will be a culmination of the cross country season that kicked off November last year.