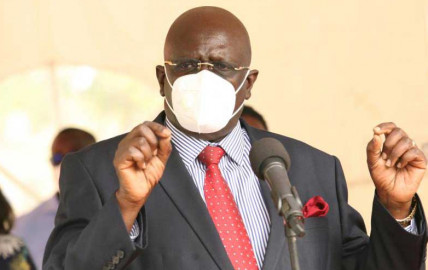 The Ministry of Education has unveiled a new set of literature books for English and Kiswahili Fasihi for the period starting 2022 to 2026 for all secondary schools.

According to the ministry, the texts will be rolled out in April this year for Form Three students while others will be released in January 2023.

“This is to inform you that the final phase of set books for Literature in English and Fasihi ya Kiswahili for secondary schools for the period 2022-2026 has been finalized,” read a statement by KICD Director of Quality Assuarance Mary Gaturu to all secondary school heads.

“Some of the texts are to be studied by Form 3 students beginning April while others are scheduled to commence in January 2023.”

The current set books that are now being phased out have been in play since 2017 in accordance with the set duration of five years.

For English Literature, the new compulsory novel will be ‘Fathers of Nations’ by Paul B. Vitta, which replaces Blossoms of the Savanna by Henry Ole Kulet.

The compulsory play will be ‘The Samaritan’ by John Lara, to replace ‘A Doll’s House’ by Henry Ibsen.

Optional novels include; ‘Artist of the Floating World’ by Kazuo Ishiguro, which takes the place of ‘The Pearly’ by John Steinbeck.

‘A Silent Song and Other Stories’ edited by Godwin Siundu will be the optional anthology of short stories that is set to replace ‘Memories We Lost’ by Chris Wanjala.

The optional play that comes in to take the place of David Mulwa’s ‘inheritance’ is ‘A Parliamentary of Owls’ by Adipo Sidang.

In regard to the rising cases of fraud and copyright issues in purchasing copies, the ministry has cautioned students, teachers and parents against falling prey to fraudsters.

It implored them to watch out for approval by the Kenya Institute of Curriculum Development (KICD) and laid out other features to consider so as to procure genuine copies with the intended content.

“The books for the period 2022- 2026 have a running footnote on every page stating ‘approved by KICD 2021 edition’ and ‘kimeidhinishwa na KICD toleo la 2021’ for English and Kiswahili respectively,” said the ministry.

“All the new set books have a security tag on the cover which when scratched will reveal a sixteen (16) digit pin number. When the pin number is sent by SMS to 22776 you will receive a message confirming whether the copy is genuine or pirated.”