‘Evergreen’ Wanja is endowed with talent and dexterity, gloats Munala 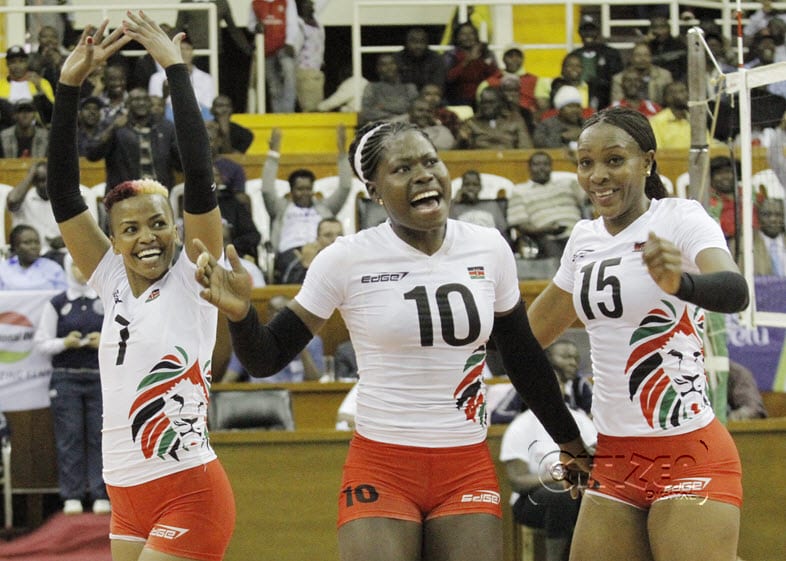 Kenya Pipeline head coach, Japheth Munala, has attributed his team’s success in clinching the Kenya Volleyball Federation title for a fourth straight time to the heroics of the evergreen setter Janet Wanja Mungai.

The Oilers elbowed out perennial challengers, Prisons, to claim the gong at the weekend and Munala is not shying away from showering the 32-year old setter with praise.

Munala who doubles up as the Malkia Strikers head coach said that the team is built around the experienced setter and praised her talent and dexterity, stating that she is endowed with the capability to carry the team.

“For the four seasons we have won back-to-back titles, in addition to my exquisite coaching ability, Wanja has been our pillar and central figure. She is our main setter and her experience is a major boost to our game as she moulds other players to be like her,” Munala told Citizen Digital.

Wanja bagged the best setter award as Kenya Pipeline thrashed longtime rivals, Kenya Prisons, Kenya Commercial Bank, and Western Bombers by a similar score of three straight sets to win their fourth title in a row at the playoffs played at the Makande Gymnasium in Mombasa on Sunday December 3.

Earlier this year, Wanja had retired from international volleyball, a move that almost brought an end to over 17 years of an illustrious career – laced with several individual and team  accolades .

At her age, Wanja has not only realised success with her club but the national team too. And the fact that she is an important cog in the team cannot be gainsaid as this is evidenced by the fact that Munala took time to prevail on her to rescind her decision to call time on her glittering national career  earlier this year.

He says of her”: “She understands my system and helps me to instruct other players on how I want my game to be played. That’s why I recalled her. This proves that I have a lot of confidence in her,” Munala proudly said.

The head coach also stated that the team also excels due to hard work and fulfillment of expectations laid down.

He further added that due to the fact that majority of the players contracts run down in October next year,  no player will be axed from the team as they set out to rest ahead of a vigorous training in preparation for African Club Championships next year.