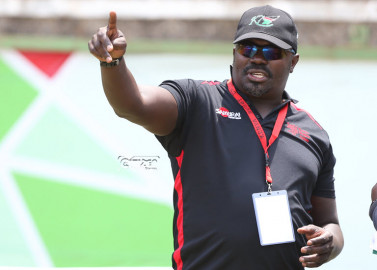 Speaking last weekend during the Safari Sevens tournament where he featured for Kenya’s under 20 Chipu, Gabriel said his aim is to keep working harder in order to emulate his father’s legacy.

“My aim is to do better than my late dad since he was my mentor in the game so generally I’m working hard to do better and even doing better than what he did because he will be proud of it,” he said.

The late Ayimba helped Kenya win its first ever HSBC leg in 2016 when they clinched the Singapore title and Gabriel, who is enthusiastic about rugby management, says he wants to emulate what his father did for the nation.

“As a player for the Chipu I’m trying to maintain my position because there is a lot of competition, so I’m working hard day in day out so that in future I will fly the national flag with the senior team,” added junior Ayimba.

It was the first time Gabriel was called to represent Chipu in an international tournament.

Ayimba, a celebrated rugby icon, on May 21 this year after losing a battle with cerebral malaria at the Kenyatta National Hospital.