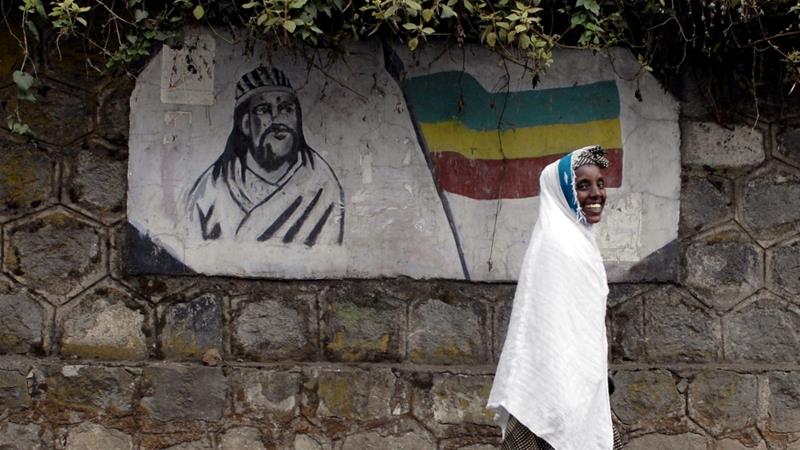 Two locks of hair belonging to widely revered Ethiopian Emperor Tewodros will be repatriated after a request from Addis Ababa, the National Army Museum in Britain announced Monday, as more African countries seek to reclaim heritage they say was taken decades, even centuries, ago.

An outcry erupted last year among some Ethiopians over an exhibit by another institution, the Victoria and Albert Museum, on the 1868 British expedition to what was then called Abyssinia. During that campaign, in which 13,000 troops were deployed to free several British hostages, the emperor killed himself and his fortress was captured and looted.

Ethiopia’s government at the time said it would use “whatever legal and diplomatic instruments” to secure the return of related items including an intricate golden crown.

That another British museum, the National Army Museum, held locks of the emperor’s hair was seen as particularly sensitive. “Displaying human parts in websites and museums is inhumane,” Ethiopia’s minister for culture and tourism, Hirut Woldemariam, told The Associated Press last year.

That museum has said the hair was donated in 1959 by relatives of an artist who painted the emperor on his deathbed.

“Our decision to repatriate is very much based on the desire to inter the hair within the tomb alongside the emperor” at a monastery in northern Ethiopia, Terri Dendy, the National Army Museum’s head of collections standards and care, said in a statement.

It was not clear when the formal handover would occur. The Ethiopian Embassy in London said it would hold talks with the museum on Thursday about the repatriation, which comes at the end of a yearlong commemoration of the 150th anniversary of the confrontation known as the Battle of Maqdala.

The embassy in a statement commended the museum’s decision as an “exemplary gesture of goodwill,” adding that “a display of jubilant euphoria is to be expected when [the hair] is returned to its rightful home.”

Now Ethiopians say they seek the return of the bones of the emperor’s son, Prince Alemayehu, who was taken to Britain and died there at age 18. He was buried at St. George’s Chapel at Windsor Castle.

The decision to return the emperor’s hair is “a great start, both in encouraging the British toward looking into the possibilities of returning our looted antiquities and also the Ethiopian stakeholders whose decades-long, painstaking efforts actually can bear fruit,” Yonas Desta, director-general of Ethiopia’s Authority for Research and Conservation of Cultural Heritage, told the AP.

The bulk of what was taken, however, remains in the hands of the descendants of the British soldiers, according to Alula Pankhurst, a former professor at Addis Ababa University and an expert on Ethiopian studies.

“Some items in private collections have already been returned but the bulk of the items are in public collections within the UK and those cannot be restituted without an act of Parliament, and that is something that requires a big change in popular opinion and a bill has to be presented by members of Parliament,” he said last year. “This is something that cannot be done overnight.”

Some in Africa expect the momentum to grow in repatriating heritage from institutions overseas.

Late last year, a study by French art historian Benedicte Savoy and Senegalese economist Felwine Sarr, commissioned by French President Emmanuel Macron, recommended that French museums give back works that were taken without consent, if African countries request them.

That could increase pressure on museums elsewhere in Europe to follow suit. The experts estimated that up to 90 percent of African art is outside the continent, including statues, thrones and manuscripts.