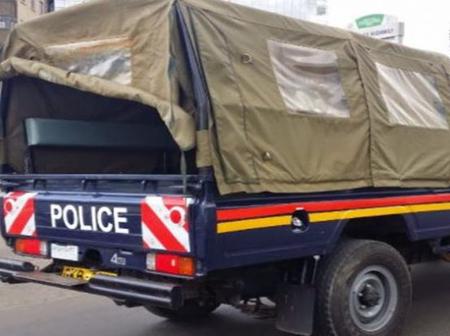 He was speaking in Embu on Friday, as the investigation into the alleged murder of two brothers, Benson Njiru Ndwiga, 22, and Emmanuel Mutura Ndwiga, 19, by police officers attached to the Manyatta police station continues.

He was accompanied to Embu by Cecily Mbarire and Runjenjes MP Eric Muchangi, among others.

Mr Muchangi lamented the increased crime in the Kianjokoma area, accusing police officers of killing a civilian as locals protested the deaths of the two brothers.

Meanwhile, Mbarire has called for an expedited investigation into the death of a civilian who was allegedly shot in the head during the protests as well as the deaths of the two brothers.

“We want an independent and urgent Investigations of all the victims,” Ms Mbarire said’ “Officer who used the excess force is known…alitumia live bullets na kumaliza maisha ya huyo kijana.”

The chair of the Independent Police Oversight Authority (IPOA), who was also present at the briefing, stated that officers from the Authority were already looking into the matter.

An autopsy performed on Thursday at the Embu Level 5 hospital ruled out the possibility that two Embu brothers who died in police custody died after jumping out of a police car.

Benson Njiru’s body had multiple injuries, and the cause of death was not determined.

According to the autopsy, Emmanuel Mutura’s body had only head injuries, which were ruled as the cause of death.