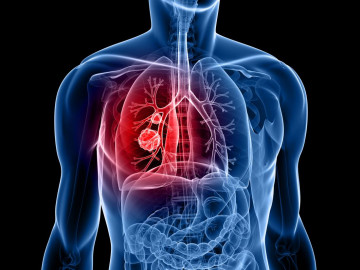 Lung cancer is the leading cause of death from cancer in Americans. One reason for this onerous statistic is people often don't learn they have lung cancer until it's too late.

Lung cancer begins in the lungs but may spread to other parts of the body. Sometimes, the first symptom someone notices is from lung cancer that has already spread. That makes it important to know the early signs of lung cancer so you can begin lung cancer treatment as soon as possible.

Symptoms of Lung Cancer in Your Lung

Like most cancers, the earlier the diagnosis, the better the chance of a cure. The problem is lung cancer symptoms can take years to develop. These are the symptoms for lung cancer before it spreads:

Symptoms of Lung Cancer That Has Spread

Talking With Your Doctor

About 90% of lung cancers occur in people who are heavy smokers. You may have lung cancer before you have any symptoms. You may just feel a little  “off” or unwell. If you are or have been a heavy smoker, talk with your doctor about screening for lung cancer.

Screening is testing for lung cancer before symptoms. The best screening test is an imaging study of your lungs, called a low-dose CT scan. This screening is recommended for heavy smokers who smoke now or have quit in the last 15 years and are 50 to 80 years old.

Don’t ignore any of the symptoms of lung cancer. If you are or have been a recent smoker, let your doctor know if you don’t feel quite right, even if the symptoms come and go. Ask your doctor if a screening test would be a good idea for you.