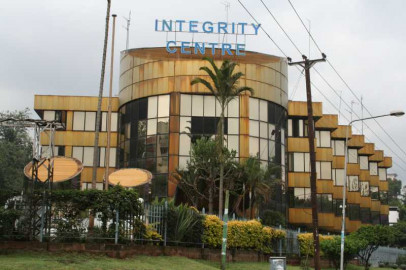 The Ethics and Anti-Corruption Commission (EACC) has for the second time summoned 29 members of the Homa Bay County Assembly over alleged misappropriation of public funds.

Also summoned is the County Assembly Speaker and other House staff to record statements over investigations being conducted by the commission on the MCAs trip to Mombasa last year.

In a letter signed by E.Otiko of EACC and addressed to the assembly clerk, the commission has summoned the MCAs to record statements as part of the ongoing investigation in relation to the September 2021 trip to Mombasa.

The MCAs have been asked to appear before the anti-graft body for an investigative interview from January 17, 2022, to January 31, 2022.

The 25 MCAs, house majority leader George Okello and Speaker Elizabeth Ayoo will appear before the commission’s offices in Kisii Town to record statements over the said trip.

In December last year, 25 MCA and members some members of the assembly service board were summoned by EACC following the investigations touching on the contract between the County Assembly Service Board and a construction company that was awarded a tender for the construction of the proposed assembly offices and Mombasa trip which took place between September 8 to September 12, 2021.