Former Boxing Champion Tries to ‘Knock Out’ Drugs in Zimbabwe 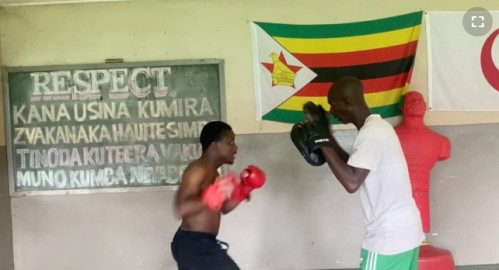 In Zimbabwe, a former boxing champion is using his skills to teach the next generation and hopefully help keep impoverished young people away from drugs and crime.

The former street fighter and drug user from the poor suburb of Mbare in Harare says things have changed since he joined Arifonso’s school.

“l always say, 'Thank you, Coach.' . . . [H]e is not just a teacher of boxing, but he can change even your mind about the bad things you think to do — he can change you. Like what he did to me. He changed my mind because I was just thinking of beating people around this ghetto of Mbare and have a popular name of being a street fighter. But he changed my mind and said, 'You can be a boxer, and you can be a champion.'”

Arifonso, 44, started the academy after he left boxing. As a fighter, he was known as "Mosquito" for the way he would "sting" his opponents. Now, his focus is on helping troubled youth in Mbare township.

“I’m in this project because l wanted to remove kids from drug abuse and womanizing and stealing, because there is a lot of crime committed by these young guys,” he said. “When you are drunk, dozed by those drugs, it’s very bad. So I decided to open this club to rehab them, to teach them life. They have got life. When someone is not schooling, it’s very hard to deal with. The moment he catches up to what you are saying, then he will come back to sense.”

Arifonso now has about 120 students, divided into three groups per day. He hopes some become professional boxers.

Shingai Gwatidzo, from the Medicines Control Authority of Zimbabwe, said substance abuse among youths is a “scourge” that needs to be dealt with soon as possible.

“As such, we are trying to do a lot of work to reduce supply and demand,” Gwatidzo said. “In terms of supply, we are working with law enforcement agencies to try and curb illicit substances coming into the country. In terms of demand, we are trying to educate members of the public around the dangers of engagement in illicit substance abuse. This is a multiple stakeholder problem that we need to address.”

Arifonso is working to get assistance so he can set up programs in other poor townships and pull more youths away from drugs.