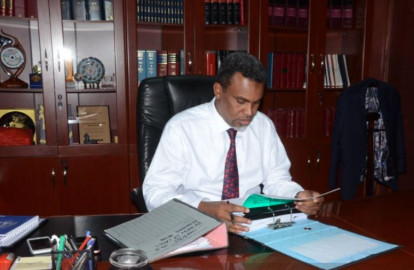 A fourth petition has been filed seeking the removal of Director of Public Prosecutions (DPP) Noordin Haji from office.

The petitioner, Charles Rubia, claims that the Office of the DPP is tainted with corrupt and malicious practices, favouritism and gross misconduct, as well as high degrees of incompetence.

“It is evident lately, that shortlisting of candidates has been based on tribalism, nepotism and clannism instead of qualification,” said Rubia.

According to the petitioner, the recruitment process of staff in the office has become shambolic and full of corruption.

Rubia claims that there have been unfair promotions and deployment of prosecutors in the office of the DPP, adding that in the last four years after his appointment the office has been tainted with favouritism, nepotism, tribalism, clannism, misuse and abuse of office, gross misconduct and high degree of incompetence.

Through lawyer Danstan Omari, Rubia claims that the transfers of State lawyers have led to dragging of cases and disrupting court proceedings, adding that junior prosecution counsel have unprocedurally risen through the ranks.

“There has been no explanation as to why the DPP has discontinued the services of well-seasoned Senior Prosecution Counsels and replaced them with junior counsels who are yet to gain the requisite experience,” read court papers.

Rubia further claims that the ODPP HR Manual has been violated severally, arguing that recruitment process of staff has become a shambolic exercise full of corruption, nepotism, tribalism, clannism and favouritism, accusing Haji of having the last say on who should get the job or not.