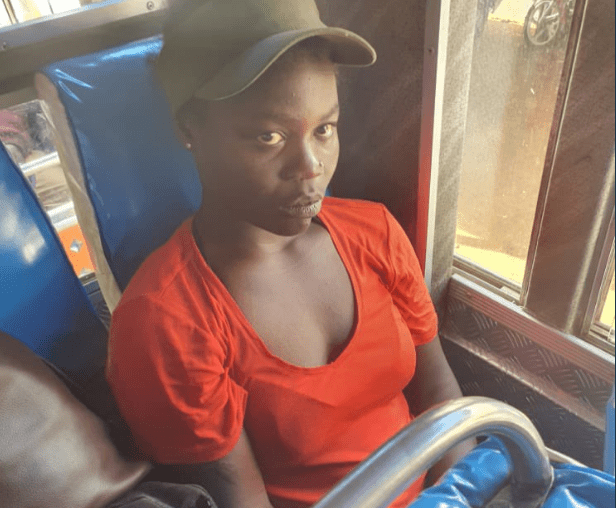 Gladys Naliaka Nalianya has been arrested by the Directorate of Criminal Investigations (DCI) detectives a day after multiple videos of her brutalizing her former employers’ children went viral.

The suspect who treated detectives to a cat and mouse game for the better part of Friday night was arrested in Eldoret on Saturday afternoon after she booked herself on a Busia-bound bus.

Detectives believe that she was trying to flee the country through Busia, where she intended to live with her family in a neighboring country.

According to reports, the suspect who had been fired from her job by her employer sneaked back into the house, stabbing two children between the ages of 5 and 11, leaving them for the dead.

The matter was first brought to the attention of the public by the children’s distressed mother, who posted several videos on social media pleading with the public to assist in the apprehension of the perpetrator.

The two kids who are in a critical condition are receiving medical care at a city hospital.