Raila promises to set up level 5 hospitals in each sub-county, employ more doctors 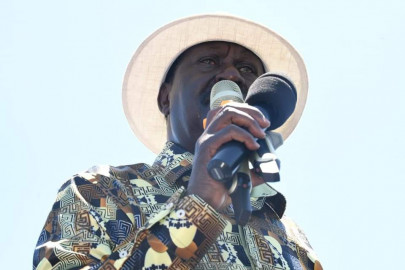 ODM leader Raila Odinga has promised to rehabilitate the health sector if he wins the presidential race in the 2022 General Election.

Mr. Odinga said he is planning to reduce the country’s doctor-to-patient ratio to international standards.

“We will start by seeing to it that we have a Level 5 hospital in each sub-county and ensure that they are properly staffed with medical doctors and nurses who are also properly remunerated so that they have morale in offering services to people,” said the former premier.

He was speaking Thursday at the Azimio La Umoja, Ladies Edition forum held at the Catholic University Auditorium in Nairobi where he was the chief guest.

The ODM leader further condemned medical workers who work in government hospitals while also running private practices, saying if he becomes president they will have to choose private or public practice.

“We have also said we do not want anybody to be working for the government and also having a private practice. Work full-time or go into private practise full-time,” noted Odinga.

The ODM chief was accompanied to the forum by his wife Ida Odinga and daughters Winnie and Rosemary.