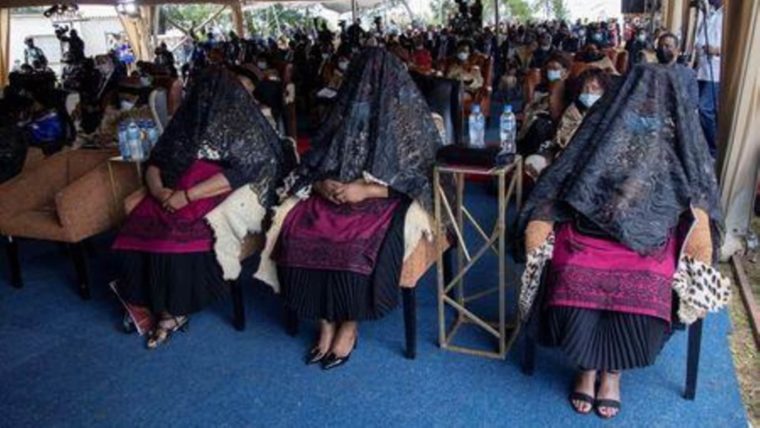 Her death comes just over a month after she took the role following the death of her husband, King Goodwill Zwelithini.

“It is with deepest shock and distress that the Royal Family announces the unexpected passing of her Majesty Queen Shiyiwe Mantfombi Dlamini Zulu, regent of the Zulu nation,” said a statement issued by Prince Mangosutho Buthelezi, founder of the Inkatha Freedom Party and traditional prime minister to the Zulu monarch.

He did not refer to a cause of death. Some South African media have reported that she had been ill but have not released details of her medical condition.

“This has taken us by surprise and left us utterly bereft. On behalf of the royal family, I wish to assure the nation that while we are all rightly grief-stricken, there will be no leadership vacuum in the Zulu nation,” Buthelezi said.

In a statement, President Cyril Ramaphosa extended his “thoughts, prayers and hearts once more to the royal family”.

The Zulu are South Africa’s largest ethnic group, accounting for around a fifth of the country’s population, most living in the coastal province of KwaZulu-Natal.

The monarch has no formal government powers but upholds Zulu tradition and controls millions of hectares of land through a trust.

The queen married Zwelithini in 1977, becoming his third wife.

She is the sister of King Mswati III of eSwatini, ruler of the country formerly known as Swaziland. King Zwelithini ka Bhekuzulu, who was 72, died in hospital last month after being admitted for treatment for diabetes.

Under his will, his wife was appointed regent pending the installation of a successor.

KwaZulu-Natal Premier Sihle Zikalala called the news ‘heart-wrenching’ and said the Queen was a bridge between the Zulu and eSwatini nations.

He called her leadership role an inspiration for women, which helped to “administer the final burial rites to the backward, patriarchal and chauvinistic tendencies that considered women as inferior beings”.