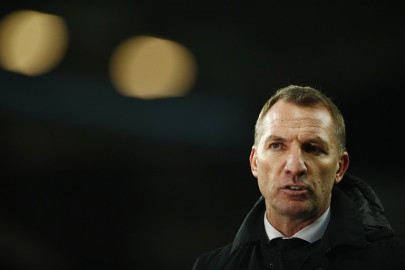 Seven Leicester City players have not travelled to Italy for Thursday's Europa League game against Napoli because of COVID-19 or illness, manager Brendan Rodgers said.

Leicester are top of Group C in the second-tier European competition with eight points from five matches. The Premier League club will be through to the last 16 if they win Thursday's game.

"We've had some positive (COVID-19) cases, some are generally not well, so we haven't taken the risk," Rodgers told reporters on Wednesday.

"We will have seven (players) unavailable. (Who they are is) something you'll see in time ... It's been (over the) last few days really. In general, you're starting to see a few more cases and, for us, it's always about the health of our players.

"We still have a strong squad here, but unfortunately it's not a fully fit squad."

Midfielder Youri Tielemans and defender Ryan Bertrand are available for selection after recovering from injuries.

Tottenham Hotspur manager Antonio Conte said eight of his players had tested positive ahead of their Europa Conference League game.