‘Mt. Kenya mind not yet made up,’ ex-Governor Kabogo overlooks Raila endorsement by business leaders 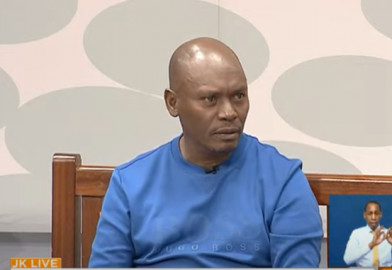 Former Kiambu Governor William Kabogo now says that the Mt. Kenya region is still consulting on which presidential candidate to back ahead of next year’s polls.

This comes following a Wednesday decision by the Mount Kenya Foundation to officially endorse ODM leader Raila Odinga as its preferred presidential candidate as he continues to drum up support for his Azimio la Umoja campaign.

Kabogo, while saying the foundation was within its right to make the decision and that he bears no malice towards Odinga, stated that the selection was made without consulting the entire region.

“They have a right to do what they did. The only issue for me is sometimes when they purport to speak on behalf of the entire Mt. Kenya region without consultation,” Kabogo said in an interview on JK Live.

“They have votes and they have said where they want their votes to go but as far as Mt. Kenya where I come from is concerned, we are still consulting. We are yet to see what the real people of the mountain want to say but I personally have no problem with the candidature of Raila.”

Kabogo also hinted that the foundation probably chose to endorse Odinga owing to personal expectations they expect him to deliver for should he clinch the presidency next year.

“If you look at them with a close eye you will see that they are businessmen from that region so they probably expect policies that would be reasonable for businessmen,” he said.

The former Kiambu Governor however alluded that he is open to forming coalitions should the right candidate approach his Tujibebe Wakenya Party with a firm plan to prioritise the communal interests of residents of the entire Central Kenya region.

“They should not shy away from coming to talk to us probably how they talked to the Mount Kenya Foundation and we may be convinced that that is the way to go but we have to sit down and have a candid discussion on our interests as people of the region and as Kenyans,” he said.

On his part, Suna MP Junet Mohamed insisted that the Mount Kenya Foundation’s move to back Odinga should not be taken lightly as majority of the outfit’s leaders are opinion shapers who can swing the elections in his favour.

“Leaders, business people and the youth are not people you can write off. Those are people who carry a huge mandate in the society. They are opinion shapers, they can shape the opinion of a community to a certain direction and they have proven with time. They endorsed people in previous elections and things went their way,” said Junet.

Junet also echoed Kabogo’s sentiments on coalitions, saying that political marriages will enable different parts of the country to develop at the same pace as major urban centers.

“I believe in coalitions and I know we have to put the interest of communities in our discussions. Anybody opposed to coalition building does not mean well for the country,” said the National Assembly Minority Whip.