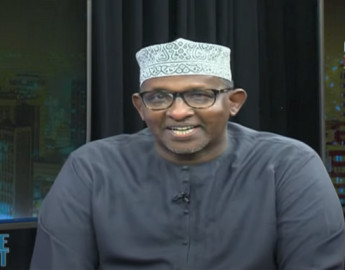 Speaking during an interview with NTV on Tuesday night, Duale told off Maina Njenga saying that his United Democratic  Alliance (UDA) Party would not want any association with a person such as Njenga who instigates violence.

The legislator went further to declare Njenga’s actions as witnessed during Deputy President William Ruto’s UDA tour in Laikipia County unlawful and which should be addressed as a security concern.

“Today is a very sad day; the Ministry for Interior must deal with Mungiki. Mungiki cannot be a player in our political arena,” Duale said while urging security agencies to take action against Maina Njenga.

Citing circumstances in which Njenga was denied major parties candidature over security concerns, the lawmaker sternly deemed Njenga unfit for a political leader.

The DP Ruto allied politician while staging an indirect attack to the their rival ODM Party suggested that Njenga should instead consider seeking an ODM Party ticket since ‘that is where he belongs.’

He unfavourably compared his acts of violence to the ones his party UDA faced last month during Kisumu visits which they pointed accusing fingers at the ODM.

“I saw when there was a problem in Kisumu, I could see Maina Njenga drinking lucozade.. the heat was too hot for him; but I am sure of the revival of the people of Mt. Kenya playing politics,” he said.

Duale added:“But Maina Njenga is joining ODM, ODM has got a certain DNA of violence, I think he is in the right place he can go to Kasarani onn Friday and join ODM but not UDA, we cannot allow him.”

During a Hustler campaign rally in Laikipia, DP Ruto clashed with Maina Njenga after the latter caused a ruckus that saw hecklers shout at the DP while he was addressing residents.

The DP infuriated lashed at Njenga stating that he should lead his own rally if he wished to address the congregants but not in his own rally.

At the same time, DP Ruto hinted working with Maina Njenga after Laikipia residents called upon the DP to give Njenga a chance to address them.