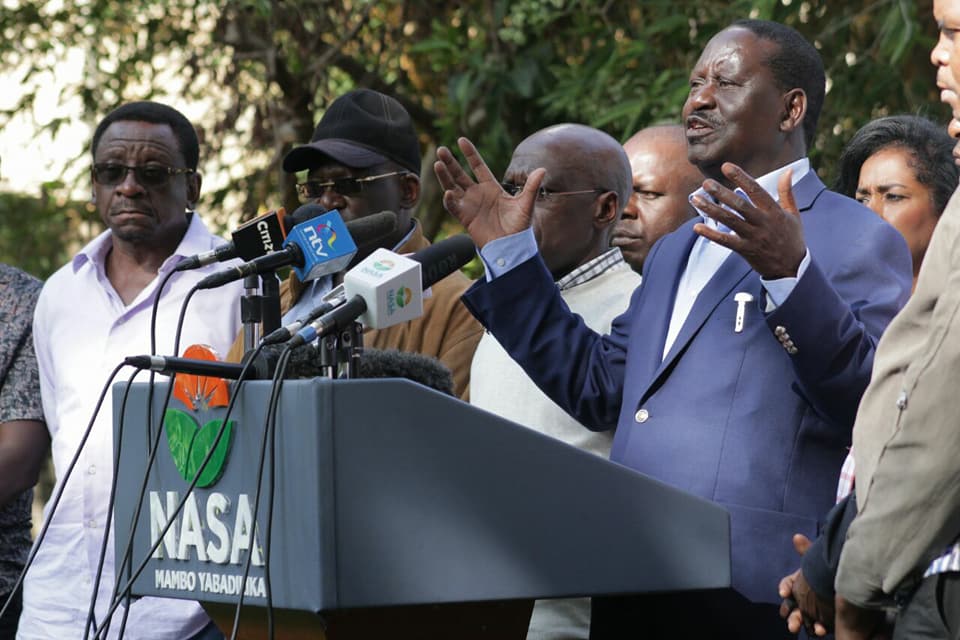 A section of Coast leaders have expressed dissatisfaction with the National Super Alliance (NASA) and even ‘apologized’ for what they described as misleading residents into supporting NASA.

Led by Msambweni Member of Parliament Suleiman Dori, the legislators expressed frustration with NASA, saying the opposition coalition had sidelined the Coast region while sharing slots in the parliamentary leadership as well as nominations to the East African Legislative Assembly (EALA).

“Next time we are going to lead you where there will be benefits for all of us and that’s why, as the Chair of Coast Parliamentary Group, I am apologizing for leading you into darkness,” he said.

“We are 27 Coast MPs elected in the NASA coalition, we are leading in numbers followed by Nyanza but it is shocking that when reaping some people go alone in the night.”

The leaders accused NASA of failing to honour Coast residents despite receiving massive political support from the region.

Dori said they have been in the opposition for 25 years with no tangible benefits.

He was speaking in Gazi Village during the prize giving of Msambweni KCPE top performers. He was accompanied by MPs Peter Katana (Kaloleni), Ali Mbogo (Kisauni), Benjamin Tayari (Kinango) and Kassim Tandaza (Matuga).

Ali Mbogo said they will unanimously support Khatib Mwashetani of Jubilee to be the Vice chair of parliament’s committee on lands.

Their sentiments were echoed by Benjamin Tayari who said he will fight to see that the people of Kwale are benefiting from minerals extracted within the County.