3 more miners rescued from the collapsed Abimbo goldmine in Siaya 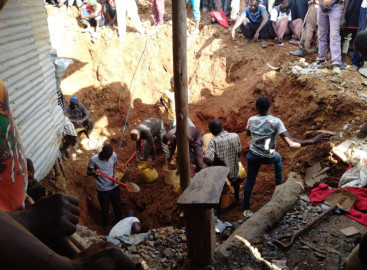 Three more miners have been rescued alive at the Abimbo goldmine in Bondo, Kisumu County, bringing the total number of miners rescued to six.

According to Bondo Deputy County Commissioner Richard Karani, the three were rescued on Wednesday at around 2:30 am.

The three were taken to Bondo Sub-county Hospital for medical examination and treatment.

Karani added that one body was also recovered a few days ago and the total number of miners who can now be accounted for is seven.

One more person is still trapped in the collapsed mining shaft as the rescue mission enters the seventh day on Wednesday.

“We were working and we were almost climbing up the hole when we heard woodblocks falling and immediately, we hurried to climb up the hole. I passed a few people on the way but upon nearing the exit it was already covered up with collapsed soil,” Livingstone Odhiambo, one of the two miners retrieved from the hole on Saturday, recounted the incident.