‘You were kicked out because of mistakes, not your disability,' PWD reps tell Isaac Mwaura 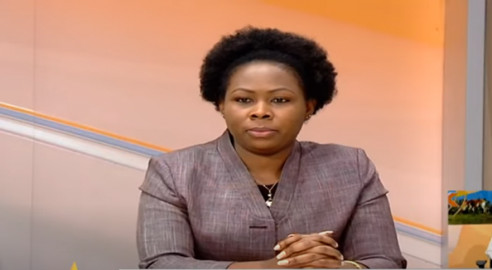 People with Disabilities (PWD) representatives have criticized Nominated Senator Isaac Mwaura over what they termed as ‘hypocrisy’ in the representation of their group in government leadership.

Ashura Michael and Moses Kilonzo, in an interview on Citizen TV’s Day Break Show on Friday in commemoration of the International Day of People with Disability, both attacked the legislator for what they said was playing victim and not owning up to his mistakes, blaming them on disability instead.

Kilonzo is the Chairperson of People with Disability in the lower Eastern region while Ashura Michael is a member of the National Government Affirmative Action Fund.

Kilonzo faulted Mwaura for causing the pity-party mechanism which he said makes it harder for the disabled to acquire jobs and fit in the industry as they begin to feel marginalized.

“In politics, if you rattle a snake and it bites you, then you start saying that the snake is biting me because I am a physically challenged person, then you are misleading the public,” Kilonzo explained.

“My only problem with Mwaura is that whenever something happens along the political way, he cries foul and tries to profile it as if it is done to him because of his disability and that is making it harder for us.”

Kilonzo emphasized that disabled people in leadership play a vital role in their influence on how the whole community is viewed in the eyes of other citizens.

“Those in leadership are very fundamental to the perception of the persons living with disabilities out here,” he said.

Ashura echoed Kilonzo urging the lawmaker to own up to his mistakes and quit blaming discrimination for his personal failures and political affiliations.

“Mwaura needs to accept that he was kicked out because of the mistakes he did and not the disability,” Ashura stated.

She similarly criticized theSsenator for pushing agendas that were not beneficial to the disabled such as the bottom-up economic rather than the Building Bridges Initiative (BBI) which she said advocated for their well-being.

Ashura urged political leaders who represent the people with disabilities to ‘look beyond political parties’ and their own personal gain.

“As politicians, we have the basis of interacting with the big guys in the seats and creating opportunities for the next generation of youth. Don’t tell people they should make their own decisions but you are destroying their decisions,” she stated.