Uganda’s tech minister defends purchase of mice at Ksh.250K each 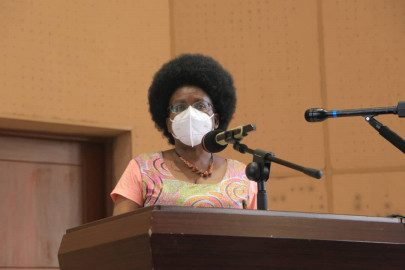 Uganda’s Minister for Science and Technology Dr. Monica Musenero on Friday defended her decision to acquire mice worth USh. 8 million (Ksh.252,613) each, citing that they play a huge role in facilitating the development of a local Covid-19 vaccine.

Musenero made the statement before the Select Committee of Parliament which is currently investigating whether the Minister squandered USh.31 billion (approximately Ksh. 978.9 million) set aside to develop the local vaccine.

The technology minister however argued that the animals are special and not readily available hence their high cost.

“The media has actually named it [as] the Musenero Mouse and there are cartoons [about it]. These are very high technology animals. Not only are they expensive but they are also not easy to get,” Dr Musenero said according to the Monitor.

Musenero also insisted that Uganda acquired the mice for a bargain since current industry rates are much higher.

“We paid the first company and they returned our money and they said we can’t give you because they are in very high demand. USh.8 Million, actually that is cheap,” she said.

The parliamentary committee is expected to present its findings to the House in a fortnight after concluding investigations.