Prime suspect in murder of 4 men in Kitengela denied bond 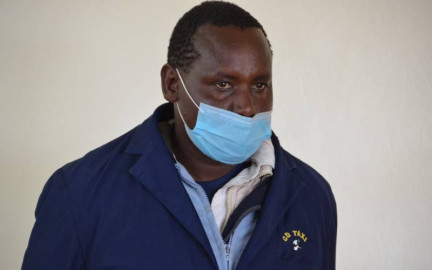 Benson Melonyie OLe Mungai, the main suspect behind the murder of four men, in Kitengela ,Kajiado county has been denied bond by the High Court in Kajiado.

The 40-year-old suspect who appeared before Judge Stellah Mutuku for a ruling to determine bond will remain in custody until December 15, 2021.

The suspect had been arraigned at the Kajiado law courts few months ago to take plea and requested through his lawyers to be released on bond or bail.

He is accused of being behind the murder of Fredrick Mureithi Wanjiru(30), Victor Mwangi Wanjiru(25), Mike George Ondusso(29) and Nicholus Kyengo Musa(28) who met their death 15 kilometres from Kitengela town at Enkamuriaki village.

The four were lynched bby villagers who accused them of being livestock thieves.

The suspect will be detained at Kitengela police station awaiting hearing of the case which will be on December 15, 2021.

Police have been allowed to continue holding him as they prepare witnesses.