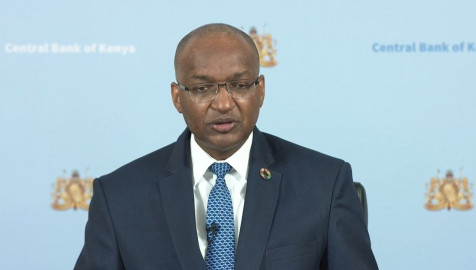 The Central Bank of Kenya (CBK) now has the fangs to go after what has been until now unregulated digital-only non-deposit taking lenders.

This follows the signing of the Central Bank of Kenya (CBK) Amendment Bill into law on Tuesday.

The assent of the bill which was passed by Members of Parliament last month now puts the operations of the digital lenders under regulatory oversight for the very first time.

Digital lenders will now have six months to comply with the provisions covered by the new Act of Parliament including obtaining licensing from the CBK.

On its part, the CBK will be allowed to check interest rates charged by the digital lenders which have been regarded as a menace by users and other stakeholders prompting the creation of the bill.

While the provisions allow the reserve bank to check on interest rates charged by the digital lenders, CBK has said it does not intend to put caps on the charges.

Digital lenders are allowed, under the provisions of the new law, to list Kenyans with Credit Reference Bureaus (CRBs) when the freeze on listings ends on October 1, 2022.

Nevertheless, the new Act of Parliament spares the digital lenders from subscribing to CBK’s capital adequacy and liquidity requirements.

When acknowledging the passage of the bill last Monday, CBK Governor Patrick Njoroge stated the assent of the bill would allow the bank to address issues presented by the unregulated lending space.

Subsequent to the enactment of the law, CBK is now expected to issue new regulations with respect to its new mandate in oversighting the digital lenders.

“This provides the Central Bank of Kenya (CBK), the authority to regulate the digital lenders. This is something that has been long overdue but we have come all this way,” CBK Governor Dr. Patrick Njoroge said last week.

“We are looking forward to this becoming law and ourselves fixing this lacuna which has been there for quite some time.”