#WCW: Confessions of comedienne Mammito; difficulty in relating with men is one 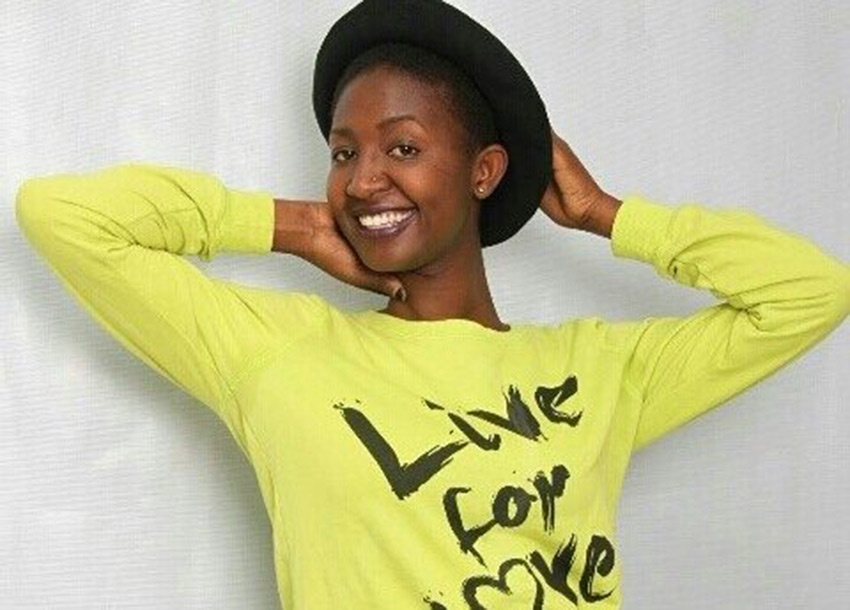 She is actually very intelligent, and there’s more to her than what meets the eye.

In an exclusive interview with Citizen Digital, the first born in a family of three divulged interesting details about her life.

Being brought up by a single mother…

“It was not challenging – I have always believed in God’s plan – if He wanted me to have a father, I would be having one now.”

“I take it this way: it’s my life, I found things that way, and I cannot change anything about it. I don’t know how it feels like to have a father figure; so I am not in a position to do a comparison check. I have never asked my mum who my dad is.”

Does she wish to meet her dad?

Lacking a father figure while growing up, how does she now relate with men?

“It’s difficult! (Laughs) I am like: This is the reason my mum was single…”

“More soberly, lacking a father figure has taught me how to be independent. My mother was a tailor, and she’d spend the whole night sewing clothes…I saw the determination, desire for success and hunger to bring up a close-knit family that never lacked… even if we took tea and bread for supper.”

“I grew up in Kibera namba saba massive! There’s Kibera number 8 and number 7. Number 7 is more vibrant, and (it had a) businesses boom.”

“Growing up in the slums was a little bit challenging, but my mum was a staunch disciplinarian; she landed canes on me for every wrong committed. Some might think I was allowed limitless playtime. No, my mother did not want me to associate with children in the neighbourhood.”

“I attended Laini Saba Primary School and later Gatero Girls High School in Nyahururu (up to Form Three) and Silanga Mixed Secondary in Kibera where I sat for my KCSE exams. However, peer pressure got a better part of me after completing secondary education.”

“She relocated me to ushago! (Laughs) My aunt advised her to do so. At that time I was doing a lot of poetry, comedy and dance. According to them, doing that made me a joker.”

“My grand mum in Murang’a was very happy to receive me, but she is “punishment” herself.  She ‘beats’ using words and eyes, not canes like mum.”

So how was ‘ushago’ life after Nairobi?

“The good thing about me is that I am able to adapt to any kind of environment, so I did not find any difficulty in fitting in.”

“While in Murang’a I helped grand mum sell school uniforms and other forms of clothing– kama zile za Eastleigh. I am very good at doing business; that’s what I do besides comedy. Nikipata deal, hata naweza kukuuza wewe; kesi baadaye (she tells this reporter).

“I can buy an item of clothing for Ksh30 and sell it for Ksh100. When you look at the expression on my face while you are bargaining with me, you’d believe that I have gone at a loss (laughs).”

On her relationship with her siblings…

“They are very young! (Now) is when one is learning how to speak, and the other one is nursery school. I know that’s weird! My immediate follower was born when I was in Form Three.”

“Being the only child that time, many could be tempted to think I was spoilt. We! viboko zilitembea! I was very spontaneous and adventurous.”

“I remember swallowing a Ksh50 note when I was young. That is the only money my mum had at that time. She had sent me to go buy food with it. I had cut the carton box which I wanted to chew; it was a habit I had developed. Accidentally, I swallowed the Ksh50 note and held the carton box in my hands…”

“So when I ordered and ‘paid’, the shopkeeper returned the piece of cardboard to me… Mum clobbered me, and she only realised I had ‘eaten’ the money when she saw a shiny string in my mouth when I was yelling… She just left me at that point.”

The games she played while growing up…

“I played bano, kati, daka chobo, bladaa, kalongolongo… I actually stopped playing kalongolongo in standard seven. I used to play an animal’s character (sic) in most encounters. I also played a mother’s role – but I was very picky because I had to first look at who was playing the father. If it was boy I liked, I would.”

The grade she got in high school…

Did men katia her during high school functions?

“Men did not hit on me… I never even had a ‘puppy love’ kind of boyfriend in high school. I was constantly in the outings/innings list of students, but I lacked the patience to wait for a man to ‘vibe’ me.”

“Was I not beautiful? Let me think… Oh God… Hata kuandikiwa letter! Kumbe hii issue yangu ya kukosa machali ilianza kitambo na nika-ignore (I just realize the issue of not being hit on by men started a while back and I chose to ignore…) I should now think afresh of my life.”

Men are still not hitting on her – even today?

“Very few serious ones! I tend to try everything, telling them that I will provide, I will be there for them, and I would take them to the moon and back… all I need from them is love, but they are not forthcoming… (Jokes)”

Why, could it be that she is stubborn?

“No. I think I have (a) different personality. I have interacted with men extensively until I now know their thinking. So, when they start complimenting and flattering me, I know their intention”

“I often laugh at their comments; they consequently feel offended – thinking I am taking them for a ride… I think I will find someone crazy like me; for now I am single.”

The kind of a man she’d like to date

“More soberly, someone who loves respects and cares for me. I don’t prioritize looks very much. The time you dispel some qualities, it’s when God makes s you fall head over heels for a man contrary to your checklist. You cannot control whomever you fall in love with.”

What is love according to Mammito?

About her trademark short hair

“I don’t have long, soft hair like that of Indians or Mexicans… so I choose to keep mine short and simple… but I can buy a weave for Ksh500.”

Her take on body enhancement on women

“I’d love to be 90-years-old and still look good; there are side effects of body enhancements. Many people who engage in body enhancement are psychologically disturbed – they are not satisfied with their bodies; they may enhance and look all sophisticated, but they are paining and hollow inside.”

“If God wanted me to be white, He’d have made my parents white… He has a reason for your inherent looks. I want the future me to look at my younger me and say: ‘Hey you, are you not getting old?’”

What she pursued in University…

“I pursued Community Development Bachelor’s Degree at Mount Kenya University. There’s a time I wanted to be a social worker in Kibera; the NGO’s were very many then. Unluckily, I did not land a job.”

How she landed a comedy slot in Churchill Show

“I have never in my life thought of doing comedy for a career. After missing out on the NGO job, I auditioned for a slot in Churchill Show – I just wanted to keep busy. I almost gave up because I would be sent away, recalled and the cycle continued. I however landed the job finally.”

“If you can’t sleep, and you are just thinking about it, then do it; regret later!”