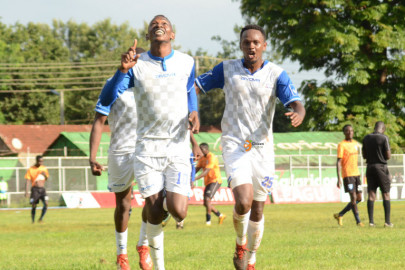 Bidco United head coach Antony Akhulia says his side has already put their 1-0 win over AFC Leopards behind them on Saturday behind them and now plan to keep the momentum going.

The Thika-based side face newbies Talanta FC over the weekend and Akhulia is hoping for a win again as they seek to keep climbing up the FKF Premier League standings.

“It’s just organization because a team like AFC (Leopards) is a big team and so when you approach them you apply respect and also have that mentality to win the game and not to be beaten. We’ll play Talanta FC in our next game and we have to organize ourselves,” Akhulia said.

Striker Emmanuel Mogaka came off the bench to score from a penalty spot in his first match after returning from injury and will again be available for selection on Saturday.

Akhulia who is leading his boys into their second straight season in the top tier league will see his side climb up to a possible joint seventh with Ulinzi Stars and FC Talanta.

They currently sit in position 11 with nine points after seven matches while Talanta are eighth on 12 points.