Diamond League season to kick off in Doha 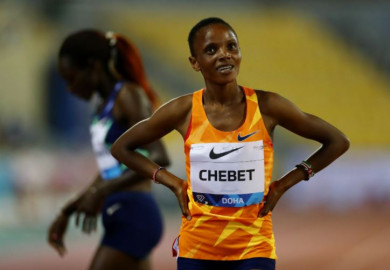 The 2022 Diamond League season will kick off on May 13 in Doha, Qatar, organisers have announced.

According to the calendar, the annual track and field series will be held across 14 cities after the previous two seasons saw the cancellation of some meetings due to Covid-19 pandemic.

After the season opener in Doha, athletes will make a trip to Birmingham eight days later before heading to Oregon, the venue of next year’s World Championships on May 28.

The only meeting being held in Africa is slated for June 5 in Rabat, Morocco after which athletes will head to Europe for; Rome, Oslo, Paris and Stockholm meetings.

Action will return to China for the first time since 2019, with the Shanghai meeting set for July 30 and a second Chinese meeting scheduled for August 6.

The series will then head to Monaco and Lausanne before the last meeting is held in Brussels on September 2.

A two-day finale will be held on September 7-8 in Zurich, Switzerland where 32 winners of the Diamond League trophy will be crowned.

Organisers have however stated that the calendar is subject to changes owing to the global health situation due to coronavirus.